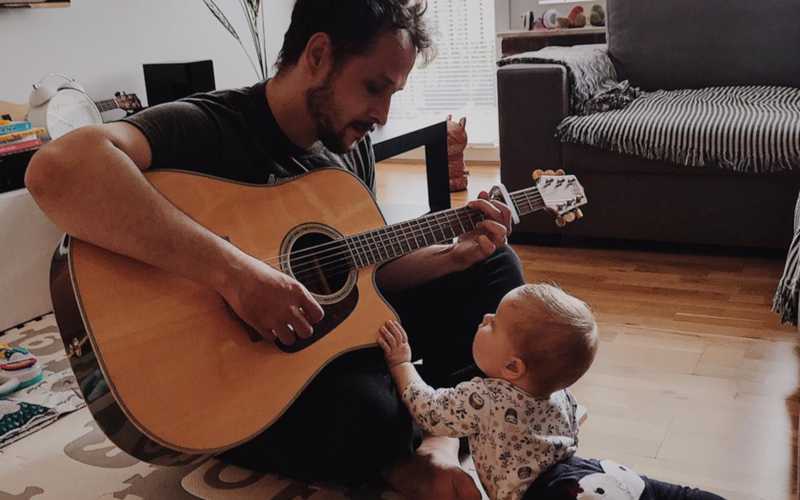 The first time I did not become a musician was when my grandma tried to sign me to music school. During rehearsal, I stubbornly said I would not sing or repeat things played on the piano.

The first time I didn’t become a programmer was when I found a floppy disk with the Basic label. I found it in my new Amiga 500. Technically, it was not new; it was secondhand, so the previous owner left the disk. Dad said it was for programming. I threw it in the box and turned on the Lotus III.

The second time I did not become a musician was one I signed to the local music library. I hoped to learn more about music. Interjection, dear children, in the pre-Spotify era, the music library was a place where you could listen to, or even borrow, CDs and attention - cassettes. Like Spotify, but physical and free, you need to return the music you borrowed. I’ve noted the band name to start my journey, but it appeared that I made it wrong. I got a CD with the terrible music of the band with a similar name.

The fact that I did not become a programmer for the second time is related to cassettes that sounded like a Skrillex when played on a tape recorder. Unusual recorder; the one from the Commodore 64. We used it to play in the North& South. On this hardware, I almost became a programmer. One could become one by reading a book and then rewriting it. The book had a yellow cover, A4 format, and by typing it for 2 hours, you could play MMORPG for a few minutes. I remember deciding whether to run away from the wolf or not. Robert (the C64 owner) and I decided we would run away from it and this programming thing.

I was quite close to becoming a musician when we were forced in primary school to learn to play the flute. You had to buy plastic, foldable ones, and be careful during the lesson. We weren’t going to do that with my friend Gabriel. Instead of playing, we were chatting. Worse, we were supposed to have a flute play exam at the end of the school season. Fortunately, the teacher changed her mind. Both today and then, I can only play one number - Sirene. You know it: eeyo-eeyo!

In 1991, I almost looked like a musician. I cut my jeans on my knees. To this day, I do not know how my father let a 6-year-old walk around in such pants. At the time, I didn’t understand why I was doing it. Today I know - I wanted to be like Kurt Cobain. I returned to this idea in high school when I was qualified for the grungers group with flannel shirts and jeans. A proud team of acid drinkers.

Nor did I become a programmer when in the 7th grade, I decided to go to high school with Mathematics and Computer Science specialisation. I didn’t go on the humanistic path even though I loved reading. I didn’t like cramming. Math came to me loosely, so the choice was simple. In the 2nd year of high school, my friend gave me CD with Visual Studio and .NET 1.0. I didn’t know the reason even to open it. I prefer to play FIFA and Baldur’s Gate.

Just as printing the first Christmas tree written in Turbo Pascal during the Computer Science lesson did not make me a programmer, the acoustic guitar I got as my 18th birthday gift did not make me a guitarist.

On the other hand, Flash animations made me a programmer. The Cancion del Mariachi learned by heart, without rhythm and technique, made me a guitarist. At least in the eyes of my high school friends and family. Have I already been them? Definitely not. It’s hard to be a programmer and guitarist while still being a shaky kid with inconsistency, but with a whole set of straw eagerness.

I also didn’t become a musician when I bought a harmonica in Lidl and started playing a lesson called a train. It was too much for my girlfriend. Nor did I become one when she bought me guitar lessons. The classes were fun, and the teacher was cool, but I wasn’t cool. I over-motivated. I wanted to make up for years of putting the guitar in the corner, months of coming back and weeks of self-learning at one time. I had to let go and cool down. Think about the topic and approach it more calmly.

I then realised that learning to play the guitar is very similar to learning programming. I believe that you can use the same tactics in mastering both. How come?

I am still not becoming a programmer, e.g. when I buy a book on Amazon and don’t read it. Likewise, I don’t become a musician when I find a tutorial for a Full House theme and stop learning it. However, I am a programmer when I manage to deliver a project or deliver a new OSS feature. I also happen to be a guitarist when I catch the rhythm and feel my fingers moving seamlessly or when someone tells me, “oh, I can see that you have trained”.