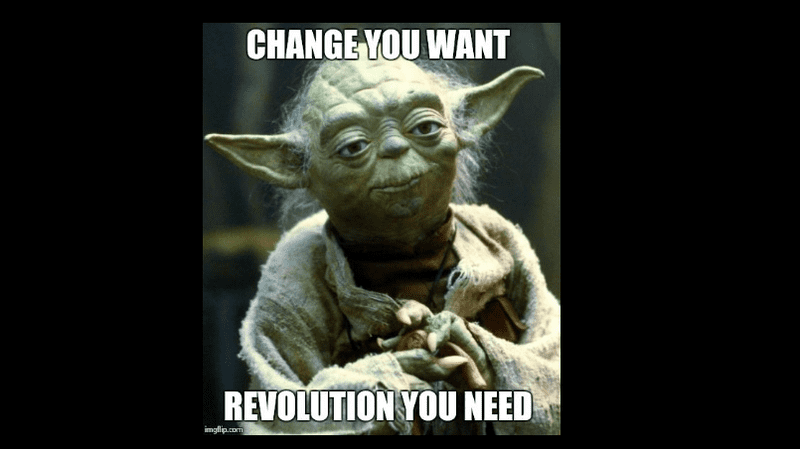 Did you ever get an offer that someone will pay you for what you are currently doing as a hobby? What would be your decision if that would mean leaving the project that you liked? A team of people that you built from scratch being its first member? Leave the company department that you created?

I got such offer over a month ago. I accepted it.

Yesterday I started my new job. I’ll be a full-time DevAdvocate at EventStoreDB!

OK but, who is DevAdvocate?

To be true - I can’t precisely tell you that. However, I can tell you how I imagine it. What will be in my duties:

OK, but how did I get here?

For many developers Event Sourcing is like a Nessie, most of them have heard of it, but not so many saw it. I was one of them. I started my journey with Event Sourcing over four years ago. Practical journey - before that I mostly read books, which shouldn’t count. Why? Because there was not a lot of them showing how to apply Event Sourcing practically. When my colleague said that “well, you’re doing financial system then Event Sourcing sounds like a good match” - I was curious. Then I was thrilled, as finally, I was able to use the pattern known from the books. I used Marten library. First steps were hard. I was irritated. I started to get doubts if that’s something for me.

I’m not the type of person to easily give up. Step by step, I understood more and more. Then making mistakes and learning from them, I started to get better vision. I noticed that Marten have some missing pieces, and I began to send pull requests. I also began to interact with users on Gitter channel because I saw that they had the same struggles as I did.

Two years ago, Jeremy D. Miller invited me to become the co-maintainer. I’m currently responsible for the Event Sourcing part and second committer. My current attitude is summed up best by Greg Young quote: “When you start modelling events, it forces you to think about the behaviour of a system. As opposed to thinking about the structure of the system”.

I also started to give more often talks on conferences, local meetups and webinars. I created the popular repository “Event Sourcing in .NET” that contain lots of samples, exercises and materials for doing Event Sourcing in .NET - https://github.com/oskardudycz/EventSourcing.NetCore/. I’m trying to continuously provide practical examples to show that Event Sourcing is much easier and much more realistic than many folks believe.

TLDR - I hustled because I felt passionate about the practical aspect and what one can achieve with Event Sourcing and in general with Event-Driven Design.

OK, so that was my story, but how did I get the job?

I sent an email for the offer I saw by accident on Twitter. Looking at it, I thought - this is a job for me. However, I didn’t send the application right away. Why? Because I felt that it was going to be a conflict of interest with Marten. Plus, I wasn’t looking for a new job because the current one was a decent one. Yet then I realized that maybe I don’t have to give up Marten. I knew that there are people in EventStoreDB who work at EventStoreDB daily and contributes to other OSS Event Sourcing tools.

I didn’t want to be a renegade - I’m a loyal person. I’m thankful for the chance I got from Jeremy D. Miller.

Luckily Mat McLoughlin was fine with that and Jeremy saw no problem with it.

Conclusion - sometimes, a person lives in his imaginary world and tries to create problems that do not exist. It’s usually better not to assume.

Few zoom calls and email later, I got an offer, and yesterday the revolution began!

I am thrilled because for me it is a great chance to work with people like Mat and Alexey Zimarev. Not always one gets the opportunity to follow the passion. I’ll be working on a great product, gaining more knowledge and even more opportunities to share it!

I think that having a perspective of knowing different event stores, understanding the view of the everyday developer struggles I’ll be able to present and share Event Sourcing from different angles. Do it pragmatically, as I like the most. At least - that’s the plan!

So don’t be surprised when someone knocks on your door and asks “Hello. Do you want to talk about Event Sourcing?”

Was it an easy decision? In theory, it was a no-brainer. In practice, it is difficult to leave the company that you have grown into. I spent almost ten years in Euvic. The company that during that time changed its name from LGBS, and grew into one of the largest Polish programming companies. I helped build the Wrocław branch. I rose from the senior dev into the Technical Leader and Architect. What’s the most important I made a team with whom I had a great time working.

Well. Life is the art of choices. For me, it was an offer that I couldn’t reject. Is it the right decision? I believe so!

Please keep your fingers crossed and don’t afraid to reach me! I will be grateful for that!